Compressed air energy storage  is a method to buffer energy generated at times of overcapacity for use at another time. This means that energy generated during periods of low demand (off-peak) can be utilised to meet high demand (peak load) periods.
Traditional compressed air energy storage uses a compressor to pressurize atmospheric air and pump it into (underground) geological formations. These compressors were of course high capacity (centrifugal) oil free air compressors.

The first two installations of this type that were put into operation were, one in McIntosh, Alabama in 1991, and the other in Huntorf, Germany in 1978. Both use salt caverns as buffer tanks, pumping in compressed air during the night, when energy demand is lowest. During the day, the air is released, heated with natural gas, and forced through a turbine to generate power. The trick of this technology is that it’s relatively low cost and can store many kilowatt hours of energy. 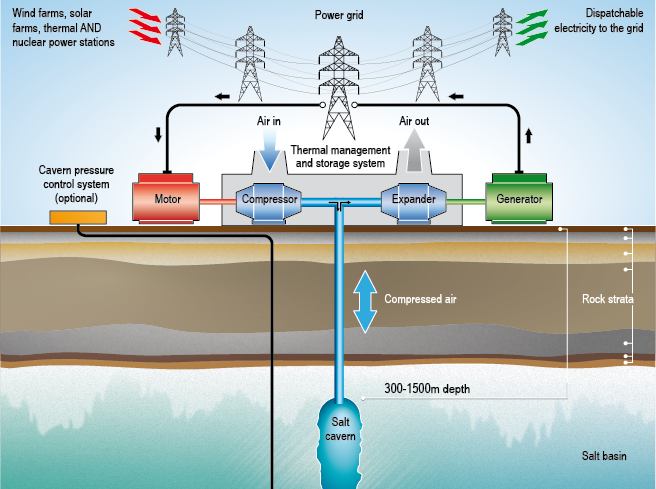